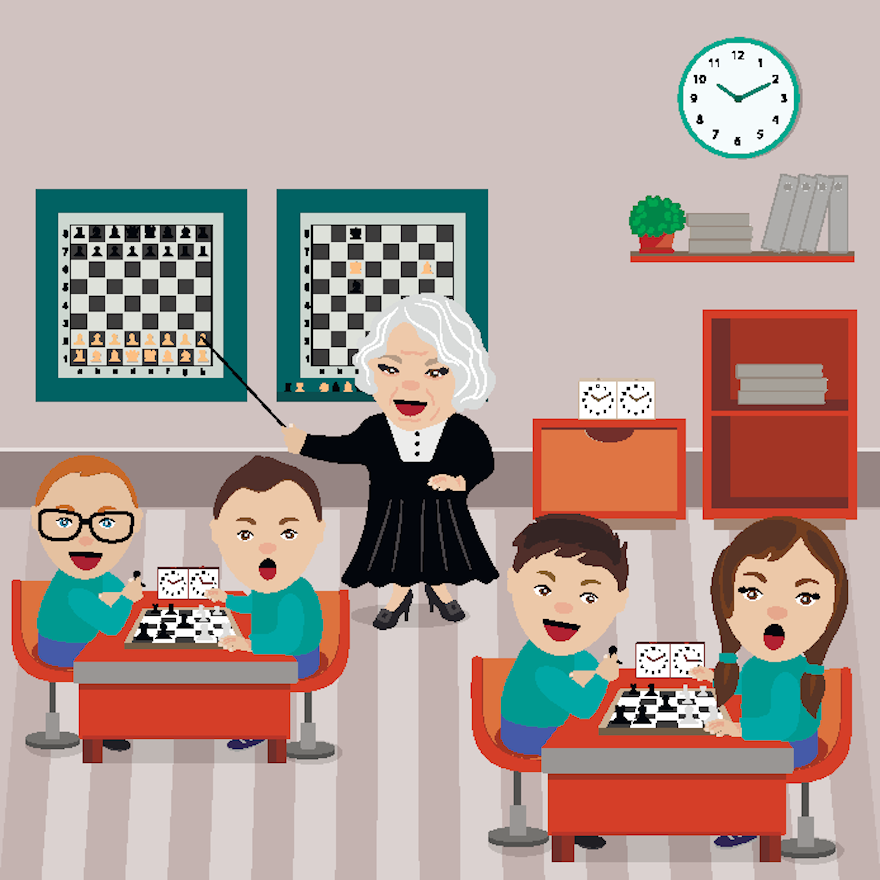 Running a school chess club can be very rewarding and schools are usually supportive of such a venture. I started a school chess club back in 2017 when my boys were aged 7 and 5. I contacted the head teacher and offered to run a lunchtime chess club. The school was extremely supportive and I ran the club for 3 years for children aged 5 - 11 until my boys moved to a different school. I learned many things from this experience and wanted to share tips for teachers, parents or coaches who might be interested to set up a club at their school.

This is a 5 part series that will cover the following topics:

Children love competition and seeing how well they can do compared to their peers. Here are a few tried and tested approaches to running successful tournaments in a school chess club:

SWIPS is an online swiss tournament manager that has a free basic tier that supports up to 20 participants and up to 5 rounds. It handles all of the standard tie break rules and makes it very easy to run a tournament and be able to print off the round pairings and overall standings / cross-table.

In the UK there is the Delancey UK Chess Challenge which is an annual tournament where any school can participate. For a modest fee they will provide everything you need to run the tournament at your school including posters to advertise it and prizes / certificates for all participants. It's a great gateway tournament for children to progress from school chess to playing in junior tournaments. Those who reach a certain score in their school tournament can then go on to later regional stages such as the Megafinal and Gigafinals before the final national Terafinal stage.

Aside from a tournament which needs to be planned and run you can also keep a regular chess ladder in operation throughout the school year. Any child on the ladder can challenge someone higher up to a game and if they win they move up to that place on the ladder and the person they beat drops down a spot. If the challenger loses the game there is no change in position. If the game is a draw then the challenger moves up to one spot below the person they challenged. This can be very fun and children love challenging others to a game to see if they can get higher on the ladder. Again small prizes can be given at end of term or year for those who did in the ladder.