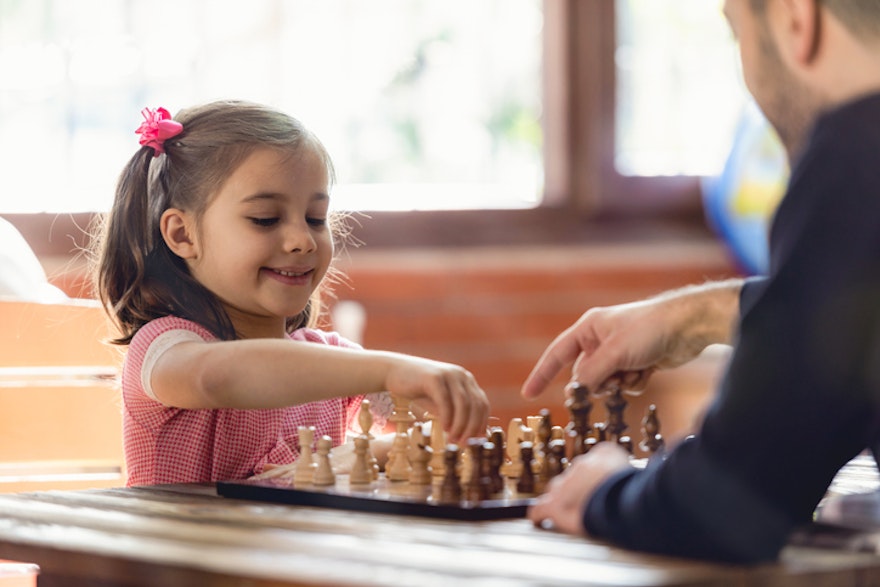 "Chess cannot be taught. Chess can only be learned." this is a quote from Mikhail Botvinnik the sixth World Chess Champion (1948 - 1963). He was the father of the famous Soviet Chess School and so actively engaged in training up future world champions such as Anatoly Karpov, Gary Kasparov and Vladimir Kramnik.

The point he was really making was that chess is a game that needs to be played and only then can real understanding and progress be made. This is particularly valid for younger children whose attention span is short and will likely not have much patience or interest in listening to the rules of chess or guidance on strategy being explained to them.

The following are proven ways to engage with children in helping them learn chess as a grandparent, parent or as a teacher.

Basic mini-games are perfect for getting children, who have limited or no knowledge of chess, started on taking their first steps in learning chess. They are also ideal for parents or teachers who may not be familiar with all the rules of chess.

A mini-game allows a child to start playing with one or two piece types with very few rules to understand. They can start playing straight away and will quickly pick it up after a game or two. The games don't last very long either which means they don't lose interest. Below is a good example starter mini-game that introduces the rook and pawn. 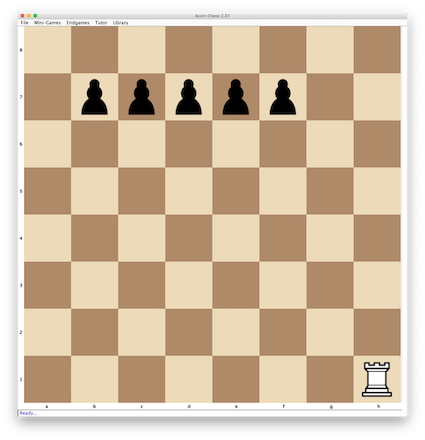 How the rook moves

How the pawn moves

Whilst playing through mini-games with a child you should encourage them to talk about what moves and ideas they have. You can start by asking them which squares they can move to and as they get more familiar with how the pieces move can discuss if they can capture any pieces on their current move or if any of their pieces could be captured.

Keep these lessons fun and short so they don't lose interest. Each time you practise chess with them repeat what you did last time and see what things they can remember. You will need to practise the same mini-games a few times until moves become automatic and there are less mistakes.

In a group situation with several children you can run quizzes and see who remembers how a piece like the pawn moves and get them to put their hand up. Encourage them to ask questions themselves if they are not sure what move to make or how a piece moves or captures. Usually children will put their hand up to ask if they or more often their opponent is allowed to make a certain move and if they win they are usually happy to share that.

If you are in a classroom situation and have a demo board you can get children to come to the front and show their ideas on the board in front of everyone. Or if running a lesson over Zoom you can ask for suggestions and play through the suggested moves.

Take your time starting with an initial mini-game such as the pawns versus rook. Children need to absorb the fundamental concepts such as each player making one move on their turn. Often in the beginning children will keep hold of their piece even after making a move. Help guide them to let go of the piece after their move and wait for you to make your move before picking it up again.

As the children get more confident in understanding how to play an initial mini-game you can look to introduce them to other mini-games. The goal of the mini-games is to get them familiar with the different pieces and learning how they move and capture in a fun game format. Generally it is best to start with mini-games involving pawns, rooks, bishops and queens. Later on you can introduce them to mini-games involving the knight. See the end of the following page for a selection of different types of mini-game https://acornchess.com/minigames.

Most children once they first understand check will tend to always move their king to get out of check so you will need to regularly remind them of the other possibilities such as capturing the attacker or interposing a piece to block the attack. And of course if they cannot get out of check by any of those 3 ways then it is checkmate and the game is over.

4. Playing against other children

Children love playing games with other children. After they have learned some mini-games encourage them to teach it to their siblings or friends. Children are often proud of learning something new and will be happy to share their new found knowledge with other children.

The process of explaining how to play a mini-game to other children will reinforce in their mind the key concepts. They will likely also win those initial games until their siblings or friends start to improve.

Finding other children to play with either at home or school or later online is the key to a child continuing to enjoy and play chess over time. Just playing against parents or teachers will not sustain their long-term interest unless they find other children who enjoy playing.

5. Playing a full game of chess

Once the children have played through a number of mini-games and understand how all the pieces move and how to attack a king it is time to introduce them to a full game of chess. 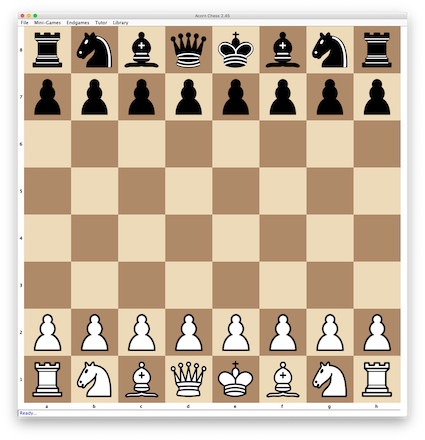 For that first game of chess help explain how a game is set up on the board. Two key points that will help them remember are :

Focus on them playing legal moves. They should understand how the pieces move from playing through mini-games. So let them choose which pieces to move.

Children at this stage are mostly interested in which pieces of their opponent they can capture and will often count the pieces they have captured and compare it to how many the opponent has captured.

Let them play and enjoy and don't worry about deeper strategies until later.